Letter to SchoolLess #3: In Sync & On Purpose

On Context, Coherence, & Consideration
"Perhaps it is our similarities that Mom finds so infuriating?" Wrote you a long convoluted letter about your decisions re Climate March (went, regretted) and Rosh Hashanah services (didn’t go, flack from Mom).  A few remnants below but mostly junked it: verbose, amorphous, half-baked.  Fiddle, diddle, couldn’t get it to cohere. 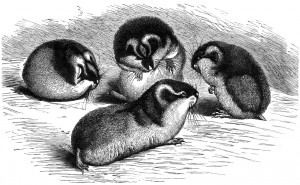 Let me jump to it, then, take two.  I know—because you told me and because I know you—that you put a lot of time and psychic energy into considering your options.  You were described to us last night, no surprise and not for the first time, as “a deep thinker,” and that’s going to carry you far, but sometimes you just have to trust your gut.  There is such a thing as too much consideration.  I’d be interested to know whether your ultimate decisions matched your first instincts.  For what it’s worth, I guessed wrong on both counts—thought you’d sit out the march (time’s a wasting, misguided enthusiasm, lemmingness) and go to shul (guilt, obligation, path of least resistance).

I certainly get your dissatisfaction with the march and the marchers.  Plenty of folks less committed to saving the earth than to enjoying a Sunday afternoon stroll with friends.  A lot of it was about self-image and self-affirmation.  (Mom is going to kill me—so negative—but she didn’t go!)  And, sure, I, too (meaning like Mom but, also, like you), wish you had found more meaning and value and connection (to the movement, which you are passionate about, and its members, many of whom were there for the right reasons) in the experience.

As for the synagogue “situation,” what upset you, you said, about the “bad conversation” you had with Mom about your planned non-attendance was not her disagreement with the decision you made but, rather, her lack of respect for it  I’m not sure that it was a lack of respect, though.  I think it’s more about other things (this analysis may be the death of me):  fear and mishigas.  Fear: she is afraid that you are too much a cynic, will never realize the joy and satisfaction in life that you deserve.  Mishigas: this is a bit harder to delineate and classify; let’s just leave it that she is often unable to separate herself from her emotional distress long enough to assuage it.

We are all burdened by such baggage—let’s call it context!—but hers is on the heavy side, as I think she would agree.  I recall a long-ago evening when she shared stories over dinner with friends about her childhood with the disparately dysfunctional (and divorced) Bubby and Grandpa.  Long story short, some nuance lost to compression, i.e. not all bad, but the gist is what the gist is: emotional abuse and neglect, inappropriateness re sex and drugs, suicidal behavior in a variety of forms, and all of that topped off with an unhealthy dose of standard-issue bad parenting.  The response, and hard to argue with it: “Wow, you, [Skeptic, in your relative normalcy,] are a miracle!”

And, yet, residue remains, as at times her shared self, in this case her response to you, was IMAO emotionally over expressive, but also not wholly intended or intelligible.

I, of course, as she will quickly point out, tend toward under expression:  “Why don’t you say something?”  Lesson of the day (a reprise): “They fuck you up, your mum and dad.”

Is it possible for you to understand her response as something less offensive than disrespect?  Disappointment?  Consternation?  Anger?  And ask yourself this: were you respectful of her dissenting opinion?   (Retaliatory disrespect, you might argue, but somebody has to be the first to step up and demonstrate rhetorical tolerance, or so I’ve been told.)  Also, don’t misunderstand: unconditional love—you have it, whether you know it or not—does not require unconditional agreement.

As you and I (and SmallerMan) well know, with Mom the problem is often not what she says but how she says it: tone’ll kill ya.  I’ve said this before—it counts for something, though certainly not everything—she means well.

And although it’s true that I, too, would have preferred that you go to services and feel positively about the march, you and I are really on the same page when it comes to these things—institutional religious observance, collective identity and social movements.  Perhaps it is our similarities that Mom finds so infuriating?

You are not alone, not the only confused Jew in the house (or the ‘hood).  We are not the only family who comes late and leaves early.  A friend who wishes to remain anonymous brings New Yorker articles in his tallit bag to pass the time.  Tova, a no-show, texted this simple existential explanation for her absence: “I couldn’t.”

I was asked the other day whether our Shinshin had any dietary restrictions.  “He’s not kosher,” I explained, “but he avoids pork and shellfish, sort of the reverse of my parents: kosher at home, treif hounds everywhere else.”  And so, as you see, my confusion has roots (and there’s more where that came, plenty of digging to be done). 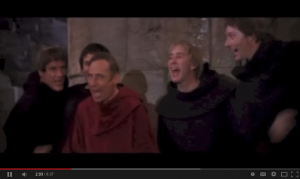 Why do I go to High Holiday services?  I feel better about myself having gone than having not, a suggestion, perhaps, of some liminal spirituality.  I go to be part of a larger social fabric, to affirm in some “official” way the ties that bind (and define): the Holocaust, the Inquisition, etc. ; Philip Roth, Mel Brooks, etc., etc.; matzo ball soup, gefilte fish, sweet noodle kugel, etc., etc., etc.

And, of course, despite all these claims, one day is enough.  The second day of the holiday I reserve for less liturgical spiritual engagements: hiking, a meal with friends, reading a favorite short story, a nap. 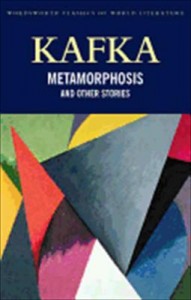 You would have enjoyed this: Rabbi Carrie started her sermon by talking about Torah as myth:  an important, meaningful, and useful collection of stories.  Now, we may have outlived the evolutionary purpose of these particular narratives, the construct may have been oversold and misappropriated, but at least give her credit for using the M word.

I was at a dinner party this summer with a bunch of lapsed Catholics (and one tenuous Hindu) where the topic of religion and kids came up.  Nobody was a believer but everybody felt that somehow they had let their kids down, had failed to provide not love and support and access to all manner of extracurricular activities, but spiritual meaning.  They were jealous of the Jewish identity you and SmallerMan have, no matter its nebulous secularity and essential conflictedness.  I talked, amidst the alcohol-infused guilt, about Nana Ruth, my desire not to let her and the life she lived go gently into that good night.

Today was a bit of a bust: too much high school admissions bullshit, too much time spent dealing with kitchen hygiene issues (leftovers, dishes, fruit flies), too much transferring of to-do lists, class plans, and notes to self from a tattered and used up yellow pad to a shiny new one. 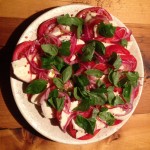 But now things are trending up: I’m full of scotch (no, not drunk), late-season tomatoes, and linguini cacio e pepe; there’s a good ballgame to watch; SmallerMan and Mom are in reasonably good moods; and this letter is feeling a bit more in sync and on purpose.

Isn’t that pretty much enough?  And not to put too fine a point on it, but isn’t it fair to say that all your consideration of things—before, during, after—is your effort to feel a bit more in sync and on purpose about your self in relation to the world around you? 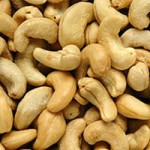 Looking forward to hearing about your four-day solo in the White Mountains.  Hope you enjoyed the holiday goodies (my bad on forgetting the no nuts thing; hope cashews weren’t confiscated, hope no friends in anaphylactic shock).  If you are still planning to fast, may it be an easy one.