N ow that we know—well, some of us always knew—the oversized role that compliance plays in masking true assessment of academic achievement, grades as the preferred measure of suitability for accelerated life may not make much sense.  I was always a special case.  On the day in middle school when we were told which track we’d be taking for the duration of our precollege lives, my science teacher called me to his desk and announced for all to hear, “You are a dilemma.”

What he meant was this:  you got a shit grade in my class but you’re smart.  He wanted to know what to do with me.  Actually, I don’t think he cared all that much which track—advanced, as it played out—I took as long it led away from his class.

As I child, I often felt retarded (that word in vogue at the time), convinced that teachers and family treated me as “normal” only so that I wouldn’t feel bad.  The rest of the time I thought I was a genius.

SchoolLess is a dutiful boy.  He feeds off the positive energy that flows his way when he does what he’s supposed to.  He sets up the chairs for his jazz band rehearsal while other kids kibitz, text, and snack.  Is he too dutiful?  Is he trapped in an un-fun house of his own design?

I believe that socialization is possible without a daily, six-hour-plus immersion in a school environment.  But I worry that SchoolLess is lonely, despite reassurances to the contrary.

Being at some remove from certain pubescent interactions has calmed SchoolLess.  But will he lack the skills necessary for creating his own social comfort zone in the institutional settings that await him?

We have been fairly vigilant about making sure the boys practice their various instruments.  In doing so, have we denied them their fair share of unserious, unfocused, unworried childhood play?

Or, have we not pushed them enough?  If I had pitched more batting practice, monitored scales and arpeggios more diligently, forced them to solve not only the assigned even math problems but the odd as well, how superior to their peers might they be today?

The college merit scholarships may already have been claimed.  We never even gave them the opportunity to fence.

Is it possible to heap too much praise on our kids?  Is it possible to be too critical?  Yes and yes.  Are you more willing to risk the consequences of the former or the latter?  And is that call about you or them?  What an odd time and place we live in:  competition starts young and never lets up, yet every kid gets a trophy just for participating.

Let’s have ice cream sundaes and watch sitcoms all night!  Oh, wait, how is it again that you get to Carnegie Hall?  Doesn’t SmallerMan have a spelling test tomorrow?  SchoolLess, have you finished your nightly parsha inquiries and analysis?

SchoolLess and I had a snippy walk to school earlier in the week—snow-flaked wind blowing in our faces, sharp words on our tongues.  I can’t remember the details of the disagreement, just the snort of disgust that ended the discussion.  And who even knows what it was really about.  In letting such a sleight, albeit a minor one, pass, was I inviting further incursions on my authority?  What would be invited by not letting it go?  There’s slippery terrain everywhere you turn.

I ache for my kids to be kids while they can.  I like that they still sleep with stuffed animals.  I worry about what it means that they do.  SchoolLess can be refreshingly goofy.  Or, perhaps, he is too goofy?  Should SmallerMan be forced to speak “loud and proud” to his teachers?

I want to keep them young and innocent.  I want them to be mature and worldly. 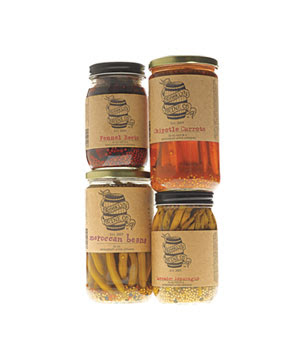 Brooklyn is a dynamic place to live and raise kids, a Valhalla of community, culture, and hand-crafted pickles. Brooklyn is full of itself.  Brooklyn is expensive.   If we lived elsewhere, we could work less, spend more time with the kids, make art.

Is SchoolLess better off doing Tangrams or memorizing formulas?  Thinking about how sound works because he wants to know or analyzing dirt because somebody else thinks he should?  Is a novel that speaks to him always better than one that speaks to me?

Skeptic’s father has taken us on some amazing trips over the years—Africa, the Amazon, India, Egypt.  What opportunity!  But is it, as my mother has suggested, too much?  Is she jealous?  Is she right?

Life is often binary, a zero-sum game.  It’s not possible to have it all, not possible to be in two places at once.  You come home early to help your kids with their homework and make the organic meatballs or you stay late at work to help save the world or sell more of something “which everyone, EVERYONE, EVERYONE needs!” You take the shot or you pass the ball.  You hold your tongue or you don’t.  You take the bigger steak or you leave it for your carnivorous wife.  You retaliate against your asshole neighbors who chop branches off your tree and dump them in your yard (thanks Rick and Sue!) or you don’t. Nothing is simultaneously real and illusion.

Should I be grading student papers or boning up on the philosophical roots of democracy for a home school lesson on revolution?  Blogging or roasting a chicken?

One never does find out what’s behind the other door.  It’s that not knowing that riddles the brain on sleepless nights.

The paradox of choice causes SchoolLess great discomfort.  When he’s forced to choose –what to eat, what to listen to, what to do—he’s paralyzed, overwhelmed by anticipatory regret.  I feel his pain.

It’s as important to know what you are doing as what you aren’t.  We need to know what we don’t know.  Knowledge is not the Holy Grail:  Non Satis Scire, goes the motto of the old alma mater:  To Know Is Not Enough.  Which doesn’t mean that the way to go is not to know.

I am judging always—truth and consequence, risk and value, self and others—missing out on the pleasures of certainty.  How, and by whom, fairly or not, will the ultimate success of our home school experiment be judged?  A friend dismisses such anxiety as a sign that the Apocalypse is upon us and wants nothing to do with it.  Neither do I.

My default is doubt and disengagement.  Such a disposition has made me oppositional to established orders and systems, including those of an educational nature.  Yet, I am a teacher, an irony as obvious and discomfiting as the nose missing from the face of  Gogol’s official.

Do I ever find myself in an unconditional state?

Am I permitted to answer a rhetorical question?

I will, if only for myself.

Absolute:  what you can do will have to be enough.

Contingency:  unless it’s not.