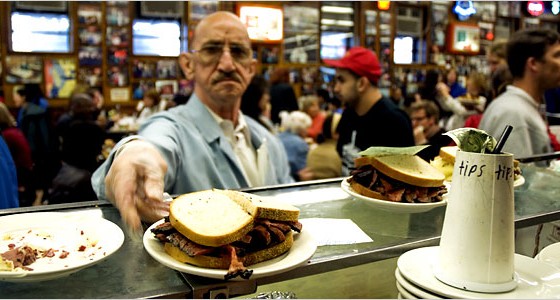 T he other day, for the first time, SmallerMan expressed interest in being home schooled. Previously, he had cited “hanging out with friends” as a deal breaker and had shown a surprising lack of jealousy on the two mornings a week when SchoolLess sleeps in a bit.  I took this change in his thinking—or, at least, a change in his official position—as an opportunity to sit down for a chat, an “interview” of sorts.  SmallerMan—laconic, whispery, tight-to-the-vest—agreed quickly and with surprising interest.

We “met” on a Sunday evening in my home office.  It had been a day of nasty weather (wet, wind, cold) disappointments (basketball games lost, the Giants game postponed by a collapsed dome), and tension (the Rigor Monster had once again reared its ugly head).

“I wonder whether his growing dissatisfaction is based on his perception of reality, or is it a reflection of ours?”

We listened to Sgt. Peppers Lonely Hearts Club Band as we talked, and SmallerMan doodled on a copy of “My Father Sits in the Dark,” a story we’d recently discussed in our two-family Rabbis of the Round Tables reading (and eating) group.  I avoided leading or yes-and-no questions, as SmallerMan is prone to one-word answers, the assenting or dissenting nod.

He complained about school, but nothing that hasn’t been discussed before:  too much Hebrew and Torah, not enough science, art, and social studies; the same small—shrinking, several good friends have left—class year after year.  He misses being in school with his older brother.  I wonder whether his growing dissatisfaction is based on his perception of reality, or is it a reflection of ours?

Skeptic and I have not been shy in sharing our concerns about the school.  This negativity problem—just because it’s true doesn’t mean we have to talk about in front of the children—has been brought to our attention (what is family for).  The point is taken, though not without the urge to pull hypocrisy from the shadows.

Our chastising of the school saddens SmallerMan.  He would prefer less complaining about “meetings, teachers, and bad systems” and, I might add, what my father has aptly called “philosophical drift.”  Is the problem that we expect too much from a school or that others are satisfied with too little?  In any case, we’re walking the home school walk now and SmallerMan is thinking he’d like to come along.

SmallerMan spoke about family dynamics. He wants us all “to play together more.”  He wants us to “talk nicer” to each other.  He doesn’t like being bossed around by his older brother and he’s pretty sure that other brothers “give more attention.”

He wants a younger sibling, a touchy subject.  I wanted more kids; Skeptic did not.  I wasn’t talking crazy numbers—I’m the oldest of seven, nothing like that—just another one or two.

I shared this with the boys a couple years ago.  We were pruning old toys and books, making space for new “big boy” stuff.  I pulled much loved, much cuddled over, books from the shelves, no case to be made for keeping The Carrot Seed or Millions of Cats, Amos & Boris or Blueberries for Sal .  Tears welled (schmaltzy but true) with each turn of a drooled-on page.  Never enough stuffed animals, let the block city run amok, I yearn to rock them to sleep one more time as I sing along with Pete Seeger to “Hush Little Baby.”

It was recently suggested that attention that SmallerMan is more difficult to buy gifts for than SchoolLess because he doesn’t have as clearly defined interests.  This is in part a function of birth order—the older lays first claim to the Red Sox and music and cooking— but I worry about benign neglect.  Have we not given narrative form to SmallerMan’s self the way we have for SchoolLess?  On the other hand—yes, this is me, this is us, can’t leave anything alone—have we over-clarified the identity of our older son?  Have we not allowed him sufficient opportunity to figure out his own self?

Then he threw me a curve, a knee buckling Uncle Charlie.  In addition to his desires to be the next Dustin Pedroia, Mario Batali, and Joshua Bell, he’d also like to be a therapist.

There has been some therapy in our lives.  I’ll spare you the who, what, when, where, and why, at least for now.  SmallerMan is not directly involved in such endeavors himself, which is how he likes it—they “ask too many questions”—but he’s heard tell, and some of our best friends our therapists.  He explained that he wants to help people “not feel left out their whole life and not wonder their whole life about stuff that doesn’t really matter.”  Does he ever feel left out?  Does he wonder about stuff that doesn’t really matter?  He says no. . . .

SmallerMan is gregarious in the home and with his friends but largely uncommunicative with teachers and other “stranger” adults.  He’s comfortable at school—we appreciate that he has been allowed to be himself—but we are concerned that his reticence is being enabled, that he’s another of our quiet children who doesn’t demand attention in an attention demanding world.

He wrote an essay last year about how he has a very quiet talking voice but speaks forcefully when he plays the trumpet.  If he’s home schooled, he’ll work, as SchoolLess does, one-on-one with a variety of teachers, not just me—he’ll have no choice but to speak.

SmallerMan wants a less-scheduled life (don’t we all).  He wants to play more.  He wants to dance.  He’s happy when he’s on vacation.  He’s sad when Skeptic and I fight.  He gets angry when he doesn’t want to practice music.  He thinks Brooklyn is “awesome.”  He dreams about maps and cities and big back yards.  He wants to change the world:  no more global warming, no more people “not getting a fair life,” no more fighting over religion.  If I let him stay home from school tomorrow, what would he do?  “Play games.  Build.  Write.  Go to Katz’s.”

Can we all get along?

I think of my students who tell me they have to pass or they have to get an “A”.  I nod my head and ask, “What do you have to do in order to make that happen?”  And so I ask myself, and my family—my boys, still the sweetest little babies in town; my wife, still the love of my life—what do we have to do to make happen what we want, what we need, to happen?

The wise, if smaller, man has spoken, not with a blast of his horn, but with words that bear heeding about stuff that does really matter. 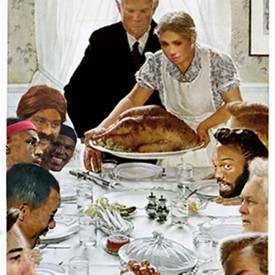