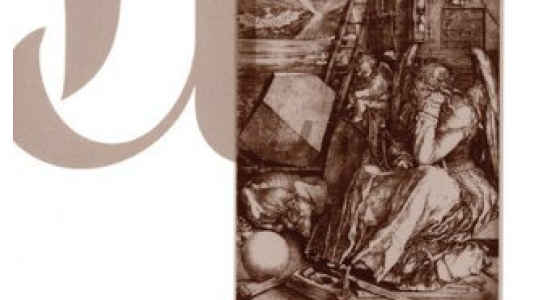 In his book (yes, it’s now a book subtitled: “How School Cheats Us Out of Our Most Fascinating and Imaginative Art Form”), Paul talks about the systematic failure to thrive of the American education system in a way that makes eminent sense to me.  Here’s my short, inelegant version of what he has to say:  mathematics (feel free, at least as far as I’m concerned, to substitute science, literature, art, music, language, history, or whatever else) is beautiful, natural, mysterious, fun, imaginative, and puzzling . . . until you go to school.  And then it’s not.

I tracked Paul down and a few weeks later we met, spending the good part of a sunny, June afternoon chatting, lamenting, over iced coffee.  Paul agreed, as I’d hoped, to work with A.  This was an early piece of the home school puzzle.

A. spent most of his time— six hours on day one, four more on day two; we had beach plans on day three— working on questions involving subsets, though there were a variety of problems on the agenda from which to choose.

For example: “Given a finite set, what is the largest number of subsets with on one of them containing another?”  He and I scribbled away together, diagramming, charting, sharing both quantitative and qualitative observations with others.  We “discovered” a pattern of interest, though, as it turned out, Pascal had discovered the same pattern over 300 years ago.

Questions were encouraged and were almost answered thusly: “That’s a great question.  I don’t know.  How can you begin to think about it?”   This was not a familiar MO for A.  The conceptual leap, from thinking of himself as somebody being taught to somebody learning, albeit with the help of others, was, and continues to be, a work in progress.

Since September, A. and Paul have been meeting weekly to talk, think, wonder, play, consider:  Go, Hex, Dots, Bridge-It; mathematics history, Pythagoras and the golden ratio, Archimedes, Newton, and Gauss; mathematics and art, mathematics and music; shapes, patterns, relationships; philosophy— Plato never caused anybody any harm— the inherent loveliness of π, the utter arbitrariness of base 10.

Paul is a radical dude.  He doesn’t think that the problem is schools teaching mathematics badly but rather that schools don’t teach mathematics at all.  What is it, then, that is taught?  Arithmetic for Living:  Measure, Tip, and Count Like a Pro?  Beginning, Intermediate, and Advanced (or is it Ad Nauseum) Test Prep?

Arne Duncan recently sounded the alarm:  America is being out-educated.  Actually, the alarm has been sounding for a very long time, we’ve just grown accustomed to the wail and have learned to sleep through it.

Here’s what Mr. Education Secretary had to say:  “Incremental change isn’t going to get us where we need to go.  We’ve got to be more ambitious.  We’ve got to be disruptive.  You can’t keep doing the same stuff and expect different results.”  That last hints at a some form of collective mental illness, no?

PhillyMom, a friend, had a similar response to a recent post.  “[It’s] important for people to expand their thinking about the concept of ‘schooling.’  There are lots of myopic folks in this country (not that this is news).  A one size fits all approach to education is not gonna work.”

I replied:  “Nice to hear this from a teacher, as in my many home school conversations over the past months I’ve found teachers to be the most myopic of the myopic.” There’s plenty of blame to go around:  unions, parents, teachers, politicians, funders, and people like me:  perpetually dissatisfied souls who opt out of the system rather than fight the good fight from within.

And Paul has faced criticism for, among other things, not proposing any solutions to the problems he laments.  But it seems to me that Paul is a solution, as much as one man can be.  And that’s what I want to be: a solution for my son.

There have been incremental changes over the years.  The science sequence has been tweaked, Mandarin perhaps replaces Latin as an alternative to Spanish and French, multiculturalism has become more than a buzzword.  These  changes often double back on themselves, however, and things end up back where they started. Or worse.

Most of the action is cosmetic, smoke and mirrors.   There’s just enough motion—swaying this way and that— so that folks can get away with saying, “We’re trying.”  As if trying is in and of itself enough.  As I tell my students, working hard will, eventually, pay off (at least it tends to), but the effect is often not predictable or immediate.

Technological, social, and cultural paradigmatic shifts have come and gone but none of it has substantially changed the experience of education.  Amazing, seemingly impossible, but true.

My kids have had school experiences that are frighteningly similar to those of my generation.  The buildings, the design of the classrooms, a teacher’s job description , the texts books, the curriculum, the social dynamics, the school lunches (okay, some progress there), hardly anything has changed in a meaningful way.  And my educational experience wasn’t all that different than that of my parents’ generation:  2010, 1980, 1956, same as it ever was, same as it ever was.

There’s a family of our acquaintance— good, smart people— who complain that their children have not been taught about the planets.  But do kids really need to know about the planets?  If they don’t know, they need to know that.  If they want to learn, they need to know how.  And certainly all children should be learning something of value.  But, please, let’s be creative and flexible about how we define something, value, and learning. Let’s not limit our sense of what’s possible, desirable, and necessary.

Albert Einstein wondered whether he was the one to develop the theory of relativity because, as a child, his “intellectual development was retarded, as a result of which [he] began to wonder about space and time only when [he] had already grown up.” Retarding (his word not mine) intellectual development doesn’t seem the way to go (anecdotal evidence aside), but not retarding the premature ossification of knowledge, not “[strangling] the holy curiosity of inquiry,” is a no-brainer.  Or so it would seem.

In a recent article in the New York Times, “Growing Up Digital, Wired for Distraction,” a teacher speaks against the indiscriminant use of technology in the classroom.  His sentiment is not unreasonable but bears a fear-of-progress taint. “When rock ’n’ roll came about,” he says, we didn’t start using it in classrooms like we’re doing with technology.”

Seems to me we could use a little more rock ‘n’ roll, metaphorically speaking, in the classroom.

Rock on, Paul! Rock on, PhillyMom!  Rock on, Arne!  Rock on everybody.