Letter to SchoolLess #1: Let Yourself Be Known

On Passion, Ambition, and Being
"Respect the superlative! Have some goddamn perspective!" 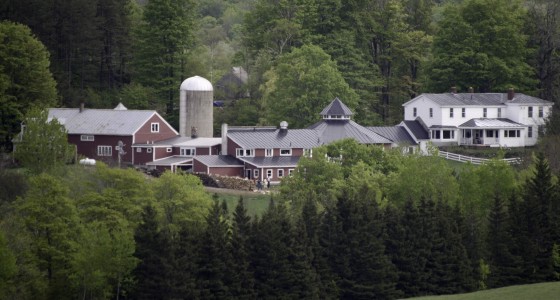 SchoolLess is away for the semester at the Mountain School in Middle-of-Nowhere, Vermont. We dropped him off two weeks ago. We’ve had some contact since then—a couple of e-mails, a phone call—but I thought it was about time I sent him a proper letter, this the first but, I hope, not the last. Oh, and there’s this: I’m going to “publish” these letters here, which is perhaps a bit less proper.

Quick, rough, and done; before further consideration, for better or worse; signed, sealed, and delivered.

Have been of a mind to write you for a few days now, but as soon as the thought “e-mail            ” morphed into “Letter to SchoolLess #1: Let Yourself Be Known,” I was caught up in the vortex that is so often my psychic home. Worrying about too short and slight, worrying about too long and burdensome. Worrying about works for you i.e. a real letter, but doesn’t work for anybody else, i.e. my theoretical readers, worrying that works for others but doesn’t work for you, i.e. feels too personal for public consumption. And, of course, I so easily get lost in digressions, connections, free associations, etc., this both the boon and the bane of my writing existence, that what starts out as a quick note—an off-the-cuff thought, some more or less mundane details about my days, a bit of news: over and out—becomes something chaotic and unwieldy. Chaos and unwieldiness can be a step in the direction of something more complex and developed, an essay, perhaps. But that’s not what this is meant to be. Paralyzed by potentiality, need to shut my inner censor down.

And then once I committed to this post/letter—committed never quite the right word, obviously, when it comes to me and writing—I abandoned the stuff I’d been working on. You—everybody— will now have to wait some days (vague enough for you?) before “Summer Blur,” “The $4 Muffin & Other Parables,” and “Zen Daddy/Not” come to fruition.

Spent most of the day getting ready for my reading tonight, cutting/revising “Waiting For My Epiphany” (too long, only have 15 minutes); nothing ever easy, have cut probably 800 words but also added 200. In any case, I’m almost there. Looks like it will be a nice turnout from family, friends, colleagues, but mostly hoping to get some positive vibes from folks outside my immediate circle. Sorry you won’t be there.

Still hot here, but not quite as bad today as earlier in the week. Makes it hard for me to get my mind around September. Anticipation/dread always worse than reality. All small classes, which is nice, and the office move is done; everything more copacetic than expected.

I want, miss, and need the structure; perpetual summer tempting but ultimately, and obviously, not the way to go. I like my job fine, can’t complain (too much), etc. Feel bad for Mom (6 AM wake-ups, BQE traffic) and Bro (high school visits, tests, auditions, etc., you know that drill).

Took a couple walks with the pup today, farmers market for corn and tomatoes, pesto from the garden. Shinshin is good, nice guy, easy to have around. Still awaiting word re: his visa, work, etc. before making Montreal plans. He really appreciated your e-mail, by the way.

You may be wondering about the subtitle of this letter, or maybe you recall: it comes from the welcoming note the Mountain School sent out in early August. Not sure what its roots are, though it feels vaguely Christian (known to a higher power?), not sure why. (Nothing wrong with that, just saying.) I like the phrase, something about its lack of aggression. No need to impose yourself. Be open to others, be available, no pretense, no games, no false selves. Maybe you’ve felt this way at camp, you being you without consideration for what others might think, but I know you haven’t in school; certainly hope you feel known as you want to be known at home . . . . One never really knows, does one?

And it’s not about finding yourself, either, not exactly, which I also like. This push for everybody find his or her passion, as if it’s one absolute thing, as if such self-knowledge and certainty is possible or even desirable at your age. Protean, being “able to change into many different forms or able to do many different things,” is a good thing. You can be passionate about a variety things, and one day can be different from the next. Being forced to find that one, single passion, and now, may eliminate any number of possibilities later, which is not to say it’s not great for the kids who do know, just that the expectation that such things must be known seems dispiriting to those who don’t and, therefore, feel as if they have to pretend to know, or behave in some other emotionally disfiguring way.

Mom and I so happy about the optimism of your initial reports –homework “crazy but good”; positive energy re: cows, crops, and comrades; a notable absence of complaints—but aware that just as we would have reminded you that things don’t always start out great and then can get better, you may have lulls, moments of disappointment and dissatisfaction: be ready for them. “Lean in to the awkwardness,” is the phrase A.S. used at orientation re: transitions, but it applies as well to lulls, disappointments, and dissatisfactions.

I respected your barking at Mom, by the way, after the third or tenth time she referred to you loving the Mountain School before you even got there, though she means well. And you’re right, I guess, that you tend not “to like things as much as other people do,” which is both sad and admirable. I’m mostly with you on this issue, though you are, perhaps, a bit young to be so cynical and circumspect. (I got, there, obviously, but wasn’t as precocious as you.) Can you be those thing without also being jaded? Hope so!

And then there are people who think everything—the book they just read, the steak they just ate, their kid’s malapropism—is the absolute best: the Facebook celebrators and self-congratulators, the over-exuders. There’s only one best, there’s only so good a plate of hummus can be, all kids are cute in the eyes of their beholders. blah blah blah. Respect the superlative! Have some goddam perspective!

This partially explains the fatherly advice, unrequested and, perhaps unheeded, that I imparted on the day we dropped you off: “Embrace it,” I said, by which I meant each part of the experience—your peers, your teachers, the land, the opportunity to be elsewhere, etc.—but also its totality. Would be great if you can at least just pretend, even if—or maybe better if—you know you’re pretending. You never can tell, it might stick, the way a positive take on a past failure can create optimism and resiliency going forward, you know?

Easier said then done, of course, but isn’t everything?

I’m sure you’ll have issues, may find that some things don’t quite feel authentic, may be bothered by level of wealth and privilege, may expend too much energy worrying about re-entry back to the life you left. That life may have changed, you certainly will have: it may not be so easy.

On the other hand, I’m thinking about a particular situation—can’t share it with you now—in which a house of cards has fallen, a life built on fake-it-till-you-make-it and a whole lot of self-mythologizing has come crashing down, at least in some sense. Now in the end, things might be okay. It’s possible, even, that things will be better than if life had continued as it was but doubt better than if realization of truth–sad as it seems–had come sooner. Watch out for shit like this! Babbling a bit, I know, but I trust you to find some sense in my nonsense. You know me well enough to do that, I think, or maybe you just think I’m crazy.

The expectation thing is tough, I know. It’s possible to be too fearful of falling short. (Been there, done that; make that: been there, still doing it; these sentences I wrote this morning don’t exactly seem like part of the Great American Novel? Fuck it, then, time for a nap!) I worry about this with you and music, academics: you don’t let others know your ambition because along with that ambition comes the possibility of failure. But that kind of emotional and intellectual risk is necessary. Lean in to that ambition, let it be known.

Heaven, self-actualization, the American Dream (I’d love to quote from your Gatsby paper but am too lazy and short on time to track it down), these are all ultimately impossibilities but the pursuit of them serves an evolutionary purpose, and not just in a Darwinian sense. Pick your pleasure, see also: Freud, Ayn Rand, Emerson, the Dalai Lama, etc., etc., and etc. Find a conceit, an explanatory narrative, if you will, that makes sense and works for you, then use it as a guide, live up to it. You still have to watch your back, of course, nothing ever all good, but just thought I’d throw this out there for your consideration.

And then there’s this: “let yourself be known” doesn’t suggest in any way that the to whom can’t be yourself.

I don’t expect you to write back, I know you’re busy; love it if you did though…. We miss you a lot (not just saying it).