T he decision to home school was not an easy one. From late February, when we found out that A. did not get into Hunter High School (entry point is 7th grade) until into June (!) when Skeptic received what I described as a verging on hysteria e-mail “about home schooling” from her sister, the loving and opinionated AuntieSkeptic.  I had to respond.  Here’s a version of the “conversation” that ensued.

AuntieSkeptic: Do you have any close people in your life— family, friends— who think it’s a good idea?  Are you swayed by that?

LearnMe: Actually, many (perhaps even most) people we know think it’s a good idea (under certain circumstances, with certain caveats, with a clear sense of understanding personalities and issues).  I’ve talked to dozens of people–smart, caring, thoughtful, creative reasonable people— family, friends, colleagues, etc.–most are intrigued (a number of people, in all seriousness, have asked if I’d home school their kids).   Many have said they would home school their kids if they could, if they had the time, expertise, and personality for it.  I think (I hope) I have all three.

A few people (not just you) think it’s crazy, though they often think it’s quite a bit less crazy after they find out my reasons for doing it, my specific plans, that A. is into it, and that it’s only for two years.  In general, the response I’ve gotten, the offers of help— welding!— and advice, etc. have tended to sway me in the direction of  rather than away from it.

AuntieSkeptic: It is just such a radical decision. 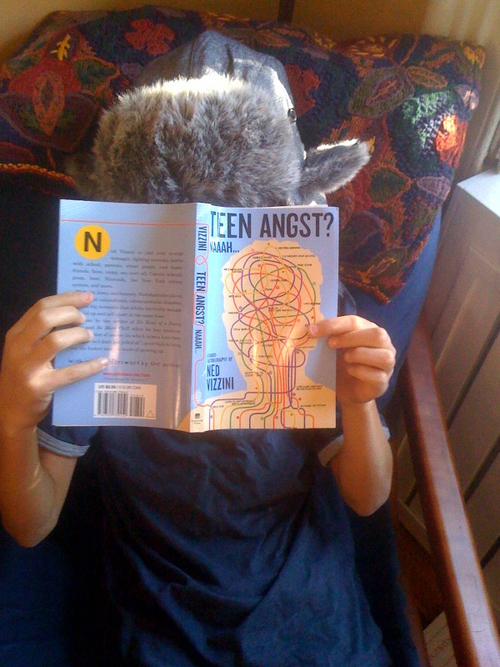 LearnMe: It really doesn’t seem that radical to me and, in my opinion, will become less so.  The Internet is part of what has made home schooling more possible and attractive to people.  There are tons of resources out there and, also, much socializing and connecting takes place online).

AuntieSkeptic: If you guys decide to do it, you are taking a huge risk that A. will be completely isolated from all that I believe is the most critical part of the middle school years, and that is his social, emotional development.

LearnMe: That’s certainly a concern.  There are certain types of interactions— social and academic—that only a school can provide (on the other hand, there are many things that home schooling can provide that schools cannot and there are many aspects of school that are inherent but not desirable).  A. will continue to do lots of music, sports, and camp.  He’ll continue to hang out with his friend outside of school.  We would make this a priority.

Whether at Manhattan Country School with a new cohort or at Hannah Senesh with a reduced one, social stuff may not be ideal for A. over the next couple years.  He will not be isolated.  He will be spending more time with family, immediate and extended.  He will have relationships with a wider-range of adults.  He will perhaps take a class at St. Francis and will certainly be at least somewhat involved with people there.  I acknowledge that his interactions with his peers will be reduced but I think there’s a benefit to having a wider social range.

AuntieSkeptic: The self-described “largest home schooling group in the City” has 300 members.  300!  That is out of about 400,000 families.  Are you really ready to isolate yourselves in that way?

LearnMe: Am I really ready to make a choice that most people in New York City don’t (or can’t) make?  Yes.  Not sure how that necessarily isolates us unless we want it to (we don’t) or our “circle” responds by shunning us (they won’t).

AuntieSkeptic: And what about A?  What is his take away from this?  What on earth will a 12 year old infer?  Do you tell him he is so very special that there is no school in this great big City would suit him?

I think that a two-year year break from school, a period in which he can pull back and find some perspective on things, relax a bit, figure himself out a bit can definitely help make this possible.

Is there an implicit message of “exceptionalism”?  It’s complicated.  We want our kids to see themselves as exceptional while, at the same time, not.  Seems to me it’s what they do with that sense of privilege, how they internalize and understand it and respond to it that matters.

AuntieSkeptic: He will have to endure the expression after expression on the faces of friends, family, and strangers when he tells them that he is home schooled.

LearnMe: Not sure what “expression” you are referring to?  Pretty sure (well, hope I’m sure) that family (Kansas family excepted) and friends will not exhibit any “expression” that will trouble or concern A.  Most of the people we engage with a regular basis will be positive or, at least, open minded about this choice.  And if he has to deal with some resistance to us having made a non-conventional choice about his education, well, that seems just fine, and perhaps even beneficial.  It’s not as if the decision has been imposed on him, he’s into it. 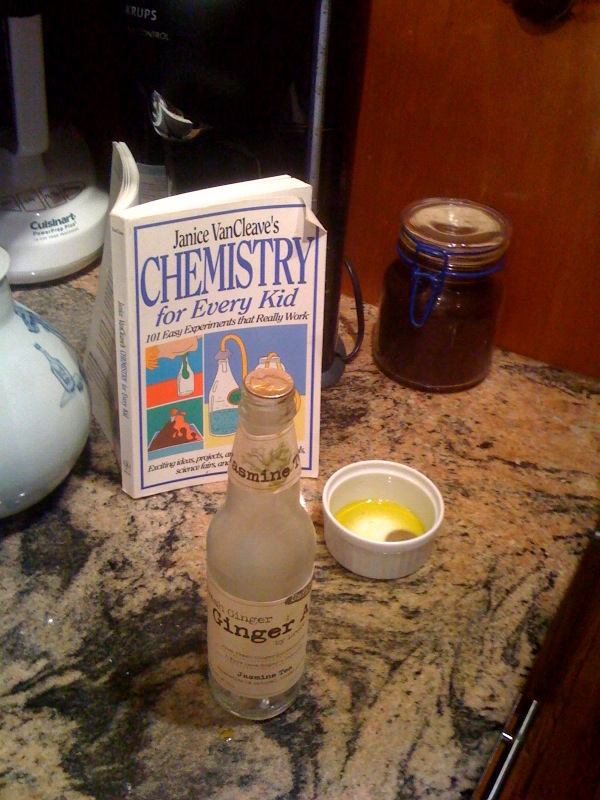 AuntieSkeptic: So you’ll just tell him that you want to try something new and nutty?

LearnMe: New?  Yes.  Nutty?  We tell him— at least I do— that some people might consider it nutty but that I don’t and here’s why.

People tend to think only about the potential downside of this decision; a downside, that is not, IMHO, in any way inevitable.  People do not always think about some of the downsides of school.  People do not think of the many positive things that home schooling can lead to, things that no school can provide.
AuntieSkeptic: Lots of this makes good and sense.  While I still think it’s a bad idea to home school A., I think the idea is less bad. I look forward to supporting you all with the decision you make.

The curriculum discussion, I’ll save for another time.  Suffice it to say that I have no doubt that after two years A. will know more and think and write “better” about text, numbers, ideas, etc. than if he were to go to any school.

He will also have more time for cooking, reading for pleasure, games, puzzles, daydreaming, and so on.

XOXO all around.  Conversation to be continued…. Introducing the Blog Itself
“If a child is home schooled in Brooklyn and the experience isn’t documented publicly in excruciating (loving!) detail, does the kid get any education at all?” A “Truant’s” Story
“Those are things that I could never have learned at ‘real’ school.” The Father of the “Truant” Speaks
“Are we bad parents?” Mistakes Are Made OR Something Has to Give
“How is it possible to have an over-scheduled home school child? Why aren’t we having more fun?” Some Who Can Teach
“I wonder if he would even remember me, an odd blip of a student, a quietly disobedient boy from another time and place?” Beautiful Day, Baseball in the Park
“We hit, we pitch, we catch, all three of us, in these moments, unencumbered, fraughtless, and free.” Narration, Looking on the Bright Side, & Other Artistic Endeavors
“I’ve been grieving, not quite rationally, though I am beginning to feel cautiously optimistic that some sense of closure approaches, even as I am aware that the passive nature of this statement may suggest otherwise.” Waiting For My Epiphany

Resolutions, Chronological Disjointedness, a Touch of Assessment, and More!
"I am in a never-ending relationship with interruption, if not the reality of it, then the potential or aftermath."