n the morning after the first ever in Mets’ history no hitter, my friend Levenberg and I had this brief Facebook “conversation”:

He posted:  By the way did anyone notice Ike went hitless again?

I commented:  Nice looking on the bright side.

Me:  There you go.  In fact, between Ike and being reminded of JQ it must have been a pretty tough night.

He:  The agony of memory, the ecstasy of now.

We:  agreed, with his fragmented distillation hovering in the air, that there was more to say about agony, memory, ecstasy, and now.  Post-game analysis is everything.

Let me start by making it clear that agony and ecstasy are in opposition but not exclusive of each other.  And the same can be said, I suppose, for memory and now.  In fact, these things are interdependent:  without the agony of memory, the ecstasy of now means nothing.

To what extent do you live in the past, present, future?  I want numbers, percentages.  Feel free, even encouraged, to go above and beyond 100 percent, consciousness not being a zero-sum game.

Or, if you think it is, then I suggest you design your personal schema around achieving balance and symbiosis among the various temporalities.  A dash of rehash, a pinch of fantasy, mix well with a generous dose of this is your life.

The present, whether agonistic or ecstatic, has no context or meaning without both a sense of the future, even if it’s just a best guess, and the presence, so to speak, of the past.  Yes, you can be in two psychic places (or more!) at once.  I’ve been making this present-and-not-present case to Skeptic for years, albeit to little avail.

Yesterday, from the time SchoolLess left the house just after 9 AM to meet my parents at Penn Station for his bar mitzvah trip to D.C. until SmallerMan arrived home from school a few minutes before 4 PM, I listened to “Blackout” by Steve Wynn.  I didn’t feel comfortable leaving the house to pick up groceries and a cup of coffee until I’d downloaded a copy to my phone.

Even after over a hundred listens, I can’t say for sure what the song means, but I certainly felt an attachment to its ephemeral sense of post-tragedy hopefulness.  These are the two lines that most resonated as the day wore repetitiously on:

Got a lot of things to learn this morning.  Yep.

And, Separate the truth from the alibis.  Doing the best I can.

The song put me in a mood.  The thrum of the heavy, pulsing, downbeat, an affect to which I am susceptible, began to feel to me as I imagine a hit of heroin feels to an addict:  calming, insistent, essential, and ultimately insufficient.  An hour in, I was dancing like Mr. Blonde in Reservoir Dogs, dream-like, easing into true self, not a sadistic cop torturer, but, rather, a man on the verge of a creative endeavor.  I fantasized game winning catches, nailing an appearance on Colbert, smashing light fixtures.  At some point in the early afternoon, when I was about halfway through my obsessive-compulsive marathon, reality set in.  I had the munchies, the shakes.  My writing window had narrowed to almost nothing, obligations loomed:  another day down.

A few weeks ago Skeptic came home to find me cooking dinner with music blasting.  The boys were doing homework, chopping garlic and onions, shooting baskets in the backyard, I’m hazy on the details.  We were “alone together” is the point, though in this case not left so much to our own devices as our own minds.

Skeptic turned the music down, as is her wont (sensory issues).  “It’s as if you’re trying to escape from your life,” she said.

I, as is my wont, went straight for the knee-jerk denial:  “I’m not.  I just like loud music.”  But of course she was not totally wrong.  Music, louder better, is an escape, but—and this is important—so what? 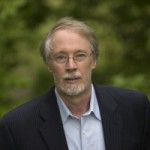 During an inadvertent lapse in my lyrical looping, a podcast on plot by the writer Charlie Baxter inexplicably began playing from the Sonos queue.  With the volume high, the soft-spoken Baxter sounded vaguely god-like, simultaneously more and less himself.

Baxter was something of a mentor to me in grad school, though I wasn’t yet ready for proper mentoring and he and I were, perhaps because too alike in personality, an imperfectly perfect pair.  I feel pulled toward not only his work—I read and teach his stories and essays regularly—but the man himself.  I would like to know him now, again and better.

I don’t listen to the lecture for long—I’ve heard it all before—but do get as far as Baxter’s thoughts on characters becoming undone and the causes of their undoings.  He notes that we do not talk about a person, real or imagined, becoming done.  Negation is the only option.

This is true in other semantic realms as well.  We can be inept but not ept, nonplussed but not plussed.  I am never, despite my better efforts, gruntled.  The ungainly may grow out of awkwardness but they will never be gainly.

One of Baxter’s points, as I recall from the time when I did listen to the entire lecture, was that Americans don’t believe in consequences or tragedy, which suggests a constant and inevitable state of irony, whether one knows it or not.  In America, consequences are learning opportunities and tragedies are but subtexts of heroic moments.
My students struggle to understand irony.  They see it as being about opposite, despite my stated preference for the more varietal and inclusive, if confusing, incongruous. 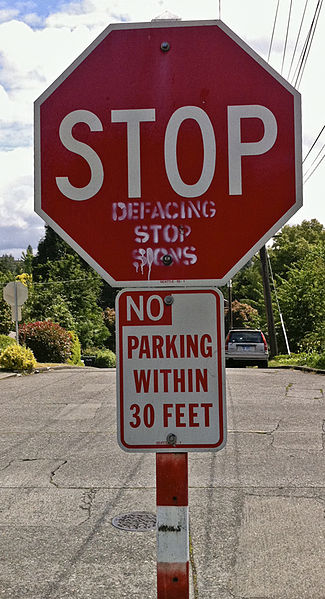 My world, more than theirs I suppose, is not just full of these incongruities it is inherently incongruous.  Is it that I am paying more attention than they are or am I just twisted?

A student wrote a paper in my Carver class called “The Irony of Faith.”  I loved the title, but the concept remained regrettably unpacked.  Another student, a Serb (his ethnicity seems significant to me, I’m not sure why), confused irony with sarcasm (best case) or epiphany (worst).  “It’s when I say to you, ‘You are a terrible professor.’”

I suggest this:  a standardized test that asks you to discuss a passage on questioning authority.  Flannery O’Connor’s “A Good Man Is Hard to Find”(blank stares).  Or, in hindsight, hindsight is not 20-20.

The best path to understanding irony:  check out the Greeks, the ancients and the present day both.

Irony can be crutch or a club.  And even within that metaphoric dichotomy, there is variation based on intention and design.

How do you respond to the presence of irony?  Are you alarmed?  Startled?  Sick and tired?  Threatened?  Inexplicably drawn toward?  Detached?  Comforted?  Confused?  Does it make you want to laugh?  To cry?  Does it make you angry?

I stopped by Levenberg’s office yesterday and we talked story and character, the lives of both people we know and those we hope some day to write into existence.  We exchanged crazy parent stories.  We remarked on how often folks—it seems like an epidemic—persistently lie, to themselves and others, about their own lives. 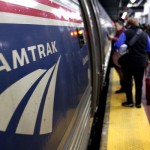 Even while he was still doubting whether the Penn Station meet-up would be anything less than a disaster, my father was already worrying about how SchoolLess would get himself home to Brooklyn if the return train, due in Penn Station on Friday evening at 6:39, did not arrive until, say, 2:30 in the morning, because “with Amtrak you never know.”

If I thought like that, I’d never get out of bed in the morning.

He’s right-ish, of course, about never really knowing what the future holds.  Tree limbs fall.  Lightening strikes.  People fall asleep and never wake up.  That knock at your door is probably the Chinese food deliveryman but—hey, it’s possible—it could be the Nazis come to finish the job.  Or maybe there is a God.

Research seems to suggest that it’s better to be an optimist than a pessimist but I’m not totally convinced.  And, really, how much control do we have over where we fall on this spectrum anyway?

Among the various incarnations of optimism, there’s the standard “anticipatory” type, with which I have no beef, and then the increasingly common “retrospective,” with which I do, perhaps to my disadvantage .  The former is defined by hope and possibility.  The latter is nothing but false truth, aka:

I have been thinking about writing—which is to say, but not—a short story called “The Music School” about a man some years older than I am whose two boys are the same some years older than mine are now.  Get it?  His boys, in the hysterical nomenclature of the over-attached modern parent (I know you because I am you), are “gone forever.” 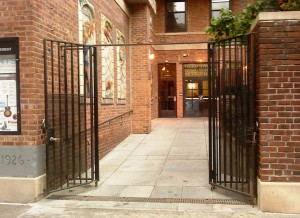 For years he had accompanied them to the school, spending numerous hours either observing lessons and rehearsals or waiting for them to end.  At a table in the lobby he would read, eavesdrop, kibitz, snack, and contemplate life; it is to these pastimes that, older, lonelier, and without the currency of children in his charge, he has returned.  His life is in shambles, I don’t yet know the details, and he has been drawn back to this place of comforting memory.

Surrounded by nannies, parents, and unruly children, he imagines the daughter he never had.  I’ll call her Ruthie, after my late grandmother.  She’s a cellist, perhaps, a kick-ass point guard, beautiful more than pretty, seriously smart and seriously funny.  The girl is a miracle, but, alas, only a figment of an imagination.

Ah, the ecstasy of memory, the agony of now.

What happens next? How does the story end?

My Nana Ruth’s favorite joke seems apropos here, as it often is. “People are crazy, except
for you and me,” she would say. And then, with an exaggeratedly straight face and
a perfectly timed pause: “And I’m not so sure about you.”

Levenberg ended his post—read him, he’s good—with some words about perfectibility, beauty, order, and this lie:  “all things are possible.”  Patently untrue, as any sane man knows.