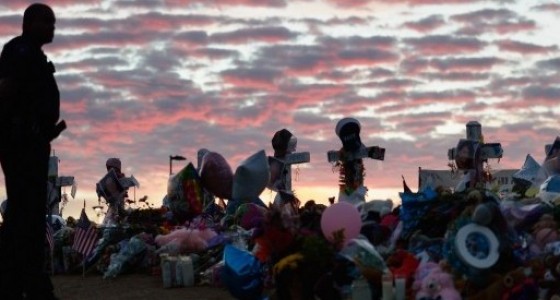 y high school history teacher taught us that voting out of self-interest was the American way. In conservative, Christian, corporate, Wilton, Connecticut, that meant this mock 1984 presidential election result: twenty-three votes for Ronald Reagan, none for Walter Mondale, and one write in (that was me) for Mario Cuomo. Putting the greater good aside, I have always thought that in leaving the less privileged to their own devices prototypical Republicans undermine their own best interests. If nothing else, altruism pays!

In the wake of yet another mass rampage, this one in Aurora, Colorado, we must put partisanship aside long enough to agree that to act as if we are powerless to prevent these killings from happening less often is a moral abdication.

To talk about gun control is de rigueur, and so I will, though I have another pup in this fight, one I’ll introduce you to after I fire off a few quick rhetorical bullets.

As a nation we can do a better job of reconciling the Sixth Commandment with the Second Amendment. As a humble agnostic I ask, isn’t it sacrilegious to consider the alleged word of God more open to interpretation than that of the founding fathers?

We have willingly, by action and inaction, given up any time number of rights and freedoms over the years, often in the name of preserving life, liberty, and the pursuit of happiness, but the right to bear arms remains strangely sacrosanct even when it destroys these very things.

Does the NRA and those who support them, both directly (donors, lobbyists) and indirectly (politicians of all stripes), believe that the number of gunshot deaths in the United States is justifiable collateral damage? “Guns don’t kill people, people kill people,” isn’t absolutely wrong, but that shouldn’t be mistaken as moral justification for any individual or institutional behavior. People kill people, but guns make that killing easier. People make policies that, for all intents and purposes, result in more people killing more people.

All that being said, these tragedies have less to do with policy and ideology, guns and government, than the public conversation would suggest. People are afraid to talk about what really matters, our collective mindset: fear and loathing everywhere.

It doesn’t matter as much as we might wish, from a practical or moral point of view, whether the cause of something is direct or indirect, intended or unintended: we wrought what we wrought. Now what?

David Brooks is right when he says that the derangements of murderers are psychological, not sociological, but he is wrong in failing to mention that those psychological conditions are often caused or exacerbated by sociological forces, the power of context.

Not to ask the following questions is not to be human:

Why do people kill? And what can be done about it?

The answers, provisional as they may be, can and must lead us to change the way we do business, whatever our business may be.

The occurrence of these deadly attacks is increasing exponentially and doing nothing to counter that trend, in inertia we trust, is not a reasonable option. Holding individuals accountable—in America punishment rules—is not sufficiently preventive. We need to understand the causes in order to lessen the effects.

These massacres confront our collective imaginations in a way that the numerous drug-related, domestic, and war-related murders and suicides that also plague our society do not for a number of reasons, including that the scale of the destruction is always worthy of story-of-the-week status and, also, because the victims fit the right profile: un-ghetto and uncomplicatedly faultless.

I can, case in point, too easily imagine my children in the way of this particular harm.

It is, and has been for some time, harder to be a kid today than ever before. Not true in all cases, of course, but generally true, even for the privileged, as comfort and convenience and opportunity all too often—we can talk about why another time—do not result in happiness and peace of mind. Let’s put all that “when I was young” blather to bed.

There’s been no shortage of metaphorical ink spilled, from Twitterland to talk radio, from the blogosphere to the Academy, in decrying this problematic reality but not nearly as much energy has been expended working toward changing things for the better.

The concept of identity is ever more fluid and murky, the process of finding one’s self a never ending and debilitating undertaking. Even Walt Whitman would have a hard time wrapping his mind around the multiplicities that our children might contain. Not only do young people not have a clear sense of where they are, they also often lack a clear sense of what lies ahead.

Perceiving an uncertain or frightening future makes it difficult to parse the practical and moral consequences of present actions. If you cannot envision your life in five or ten or fifty years—even if your vision turns out to be inaccurate, as it likely will and should—or if you don’t “own” that vision, your sense of right and wrong, consequence and correlation, will inevitably be warped by the absence of clear, meaningful, realistic goals and dreams.

The developing psyches of children are increasingly bombarded and altered by a variety of natural and unnatural forces and inputs: environmental toxins, technological and pharmaceutical bread and circuses, an endlessly fascinating and discombobulating stream of data and images.

Diagnosed and undiagnosed mental disorders are too often not properly attended to. The misuse of and dependence on prescription drugs is approaching epidemic proportions. Back in the day, addiction meant illegal drugs and alcohol (old school) but today the buffet of potential mood altering substances and behaviors—Open 24/7! All you can eat!—seems infinite. “Build it and they will come” runs amok. 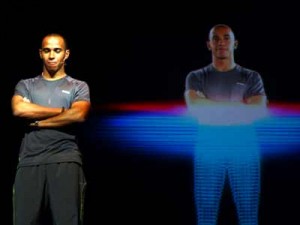 Holographic Technology is Making it Harder to Decipher Human from Hologram

The real, the imagined, the virtual, it’s coming fast and furious, an indecipherable blur of alternative and often contradictory meanings. It’s all about getting from one day to the next, duck and dodge.

There is relentless pressure to achieve measurable and proscribed success early in life. When I was a kid, I just was, for better or worse. Kids today may be more savvy and sophisticated than ever before, but they are also more vulnerable and helpless. They are simultaneously over and under stimulated. They are confused about values: we say one thing but suggest, in words and actions and cultural representations, another. Kids feel more stressed, anxious, angry, lonely, and confused than ever before. They feel simultaneously entitled and unworthy. They are narcissistic, psychosomatic, and passive. It’s all about now, the surface of things; there’s no connective tissue, no time for contemplation.

And this is the thing: based on how things are, these feelings, these responses, these attitudes make sense. If I’m sounding overly pessimistic (not healthy, or so I’ve been told), it’s because I’d rather err on the side of wake the fuck up rather than hope for the best.

It is my fault and yours. Here’s the logic behind that: if we are not to blame, who is?

These things may play out differently for different folks—blacks and whites, haves and haves not, males and females—but the roots of the problem are shared across the demographic spectrum.

Deny and ignore this new reality at your peril.

“You talking to me?” you ask. You bet. The smarter you are, the richer, the more powerful, the more influence you wield, the more I am talking to you.

What can I, one man, do in an effort to make things better?

I am present for SchoolLess and SmallerMan. I talk to them about my life and theirs: the trivial and the mundane, fears and worries, Batman and Robin, hopes and dreams. I aim for circumspection, engagement with people and ideas, an awareness of the bigger picture and how it shapes my smaller one. I try to live authentically, my actions as much as possible consistent with my beliefs. I make attempts to shake may students from their dazed and confused state by encouraging them to find their own voices and to appreciate the voices of others (their peers and The Poets both). I write about these things: ask a question, offer an answer, start a conversation.

There are no easy answers. This is not a time for protective glibness or feigned ignorance, though I see the temptation in both. I am not holding myself up as a paragon of virtue. I do not do enough.

The powers that be—parents and grandparents, teachers and educators, spiritual and political leaders, commentators and the one percenters—like to blame the young people, to talk about personal responsibility without exhibiting it. It doesn’t matter whether the conditions on the so-called ground were allowed or created, intended or not, they nonetheless are. The chickens are coming home to roost; they always do.

Reasons for violent behavior do not, in my thinking, suggest justification, exoneration, or acceptance. Understanding, or trying to, may or may not lead to solutions but it’s certainly better than the alternative.

I can hear the anti-liberal rant (hello, Papa Skeptic, looking forward to a cocktail and a chat on the beach): too much cultural relativity, too many excuses, we all have our own problems (no doubt). Are we not accountable for our own indifference? 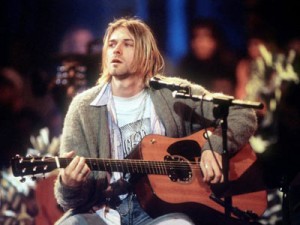 The oft-quoted river in Egypt pun joke holds its water. I know, I’ve been there.

We can act as if mirages are real but eventually the truth will out: not a drop to drink. Bemoan, blame, bury your head in the sand, or step up, do what you can to change the direction we are heading in and, I don’t want to think too much about it, our eventual, if not final, destination.

One of the things President Obama said in his response to Aurora was: “We may never understand violence and evil beyond reason.” The evil and violence perpetrated in Aurora and in too many other places is more reasoned and reasonable—logic is present, flawed and horrifying as it may be—than we may be comfortable acknowledging.

The reasonable sense that such behavior is morally aberrant doesn’t change the fact, or protect us from it, that these actions have become all too common.

Reason isn’t nearly as reasonable as it used to be. A denial isn’t going to change that.