Letter to SchoolLess #4: A Sense of Where You Are

On Hearing and Listening to Voices and Finding Your Own
"These months are not a blip but a beginning." 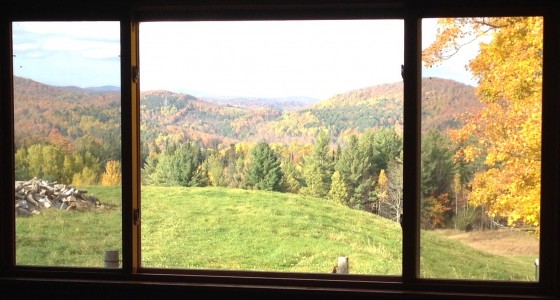 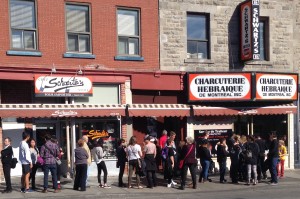 Been meaning to write you ever since we got back from our visit/trip [Vershire, Burlington, Montreal, Middlebury], but one thing after another and there goes two weeks. In my defense, saying this as much for myself as for you, the first week was about catching up and the second was crazy with Baxter visit, high school tours, and midterm mayhem. Thought I might sneak in a letter on Sunday, but between pup at the park, a post-SHSAT celebratory burger, the paper—beheadings, Ebola, Renée Zellwegger’s new face—a necessary nap, cooking (meatloaf, chili), class prep (Tolstoy), and attending to the recycling, I never got into a flow.

Speaking of flow, I hope you’re maintaining yours, not slowed or waylaid by the fall break, the necessary but mundane tasks connected to your former and future life here in Brooklyn that I’ve been hakn a tshaynik about, or the sense that your time up there is fleeting. It sadly is, but you have so many meaningful experiences to look forward to in the days and years ahead, and coming home is not all bad:  we are excited to welcome you back and I certainly hope you are excited to be welcomed.  What you’re doing up there is about the place, the people, the moments, but all those things will reverberate into the future, as much as you let them. Don’t waste time on fret or dread; maintain, as best you can, a degree of obliviousness, mindfulness to mindlessness. These months are not a blip but a beginning.

Here’s a bit from my Baxter intro, apropos:

Over the weekend, Charlie’s name came up quite a bit in our house as I was planning for his visit. On Sunday night, my thirteen-year-old son [SmallerMan] perhaps feeling a bit neglected, blurted out this question: What’s the big deal about Charles Baxter?

My answer [in part]: Charlie was my teacher in graduate school—Go Blue!—and though I haven’t seen him with any regularity over the years, he is a regular presence in my life as a gently guiding voice of wisdom in my head when I write and when I read and when I teach.

I hope that my voice, not only as your father but as your former “professor,” is in your head. I know there are others—the Lamenting Mathematician and Dr. Dray, to name two from the home/school years–and I’m pretty sure some Mountain School folks will remain heard but not seen mental presences all your life, offering counsel about how to write a better sentence or express a dissenting opinion with respect, how to ask a question that gets to the heart of a matter or make the life you want to live. Listen up, listen well.

As for my opening gambit, call it an excuse or justification or whatever you want, the point is that I am forgiving myself, deeming this particular failure reasonable enough. Of course, too much self-forgiveness and I’ll end up forgetting what it is I want to accomplish in life! 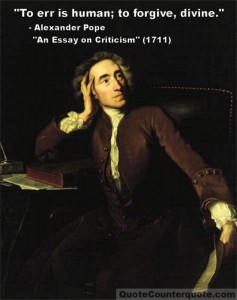 You might want to consider tacking a bit more toward forgiveness, not only in terms of your self but pertaining to others as well. It’s not that your judgments are wrong so much as that they aren’t productive or flattering. I barb as much as, or more than, the next guy, I know the dilemma of which I speak. I’m not suggesting you cease and desist for the benefit of anybody but yourself. You said you enjoyed reading Alexander Pope, which I find a little hard to believe, but you can’t go wrong embracing this assertion: “To err is human; to forgive, divine.”

I get your annoyance with the overwrought rhetoric of the peeps—yours and mine—in our privileged milieu who define their daily existence with words like “exhausted” and “busy” and “overwhelmed.”  I’m not saying these adjectives don’t apply so much as that they are amplified and exaggerated, the objective, conscious or unconscious but certainly ironic and paradoxical:  self-affirmation by proxy, to be simultaneously part of the crowd and distinguished from it.  We all are prone—I mean me, I mean you—to getting too caught up in the demands and angst of our particular lives. I am as distressed as you by posturing, hypocrisy, self-aggrandizement, but if you let it get to you, you lose. 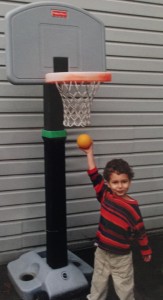 Skeptic remembers one of my brothers mocking her as she followed your every toddler move, camera at the ready, and now he has become the father of a documented child extraordinaire. I remember a Thanksgiving during college when I blurted out something ill-advised—I can’t remember what and I’m sure it wasn’t a one-time occurrence—and as quickly as I realized my gaffe, my Uncle D. said to me, not at all meanly: “I remember being your age and saying such things.” When you were young, we tried, perhaps not hard enough, to shield you from our adult conflicts and concerns. My point is—this phrase, I’ve realized, my #1 verbal tic, sometimes spoken aloud but a dominant component of my inner oratory—you’re a kid, you don’t know, can’t possible know, shouldn’t be expected to know, are better off not knowing too much about the adult world that awaits you.

I don’t particularly envy your stage in life, as carefree (as in “young and”) seems to have been replaced in our current culture by anxious. Mom and I, for all our awareness of the unpleasantness and unnecessariness of some of things that have led to what can best be described as an unfortunate situation—overly prescribed expectations, perplexed parents, a world ruled by uncertainty—are not not complicit. I wonder if our real regrets should be less about choosing School A over School B, Brooklyn instead of the Berkshires, a little bit of test prep rather than a lot, and more about the decision we made, if not explicitly than certainly implicitly, to buy into the whole fucked up system. 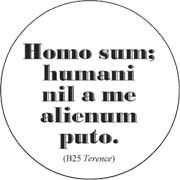 Maybe your four days in the woods with only your own thoughts, the natural world, and essays by Emerson and David Foster Wallace (we did something right), served as a bit of an antidote to such assumptive living. A little perspective, a touch of empathy (“I am human; nothing human is alien to me”), and some cultivated indifference might be just the right fix to get you through the next few years.

Taught “Death of Ivan Ilych” (so damn good) last week, and ever since deathbed regret has been on my mind. There’s no spent-too-much-time-at-the-office epiphany in my future, obviously, but my list of the errors of my ways, omissions and commissions, runs long. It’s too late to go back and change many of these things—people die, mathematics is a young man’s game, the biological clock is a fact of life—and so my plan is to focus on the big thing I can change: WRITE, ASSHOLE.

I’d like to say you’re too young to be considering such things, but the truth is—never let it be said that my verbal tics lack unity of purpose—that many of the decisions you will make over the next stretch of your life, from where to go to college and what to study there, to who to fall in love with (and who not to), etc., e.g., will be potentially defining choices. Here’s the catch: it’s not too early to anticipate the consequences of your choices but doing so may cause undue restraint, emotional and/or intellectual paralysis, buyer’s (or seller’s) remorse, high fever, and an erection lasting longer than . . . wait, never mind, trying too hard–stop!–now for the laugh. 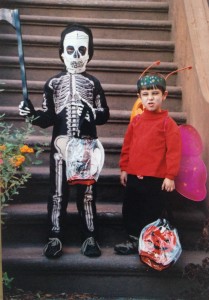 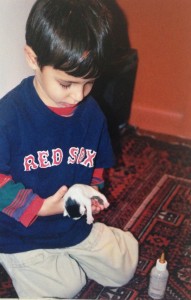 Hey, it’s the ten-year anniversary of the Red Sox winning the 2004 World Series, did you realize? If time flies isn’t the cliché of the day I don’t know what is: you were six, SmallerMan three! Such high drama and transcendence, but the reversion to the norm was almost instantaneous, as in many a Carver story, the epiphany is that there is no epiphany. I remember a wet and cold November; another bullshit Bush election; those two little kittens (Manny and Manuelito?) we found in the garden that didn’t make it through the week; a range of dissatisfactions that have now faded into hazy memory. What made me think that the Red Sox breaking The Curse was going to change anything for the better?

Just finished reading John McPhee’s New Yorker profile of Bill Bradley for my “Sports and American Culture” class. This is the quote that gives the article (and the book that followed) its title: 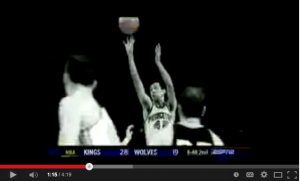 “When you have played basketball for a while, you don’t need to look at the basket when you are in close like this,”[Bradley] said, throwing [the ball] over his shoulder again and right through the hoop. “You develop a sense of where you are.”

Take this as advice every which way you can, literally and figuratively: develop such sense in whatever you do, wherever you go.

You’ve got a lot to figure out, equilibrium to find: MUSIC: all in, all out, or something in between? PEOPLE: love ‘em, hate ‘em: resolve. AMBITION: the Goldilocks principle applied.  You have time and the necessary inner resources to figure it all out: you’re not just smart but interesting smart; you have self-discipline and self-awareness (sometimes too much); a clear but nuanced sense of what’s right and what’s wrong.

Great midterm comments from your teachers, by the way, so clear from both their compliments and their concerns that they get, appreciate, and care about you. Do want to remind you of the point I made the other day: the issue of not being able to fully engage when you don’t like or respect somebody, Again, it’s not about the other person—there will always be such somebodies, get used to it—put him or her out of your mind, get what you need and get out.

Totally forgot to ask you how the PSATs went, a forgetting that makes me happy—more important things that you are doing and for us to talk about: “A Good Man is Hard to Find,” the benefits and dangers of social media, what the western-themed bar mitzvah party you all had was about. That being said—hello, reality, my omnipresent and pestering friend—how did you feel about he PSATs?

A few requests have been made, just so you know, for you to write again on the blog. I get your reluctance, the conundrum of wanting to tell the truth but also being wary of doing so. I loved what you wrote, loved working with you on it, and so enthusiastically endorse this initiative. 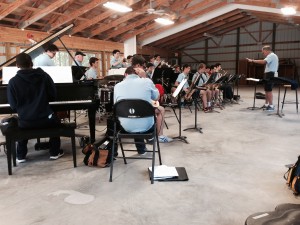 Glad you’ve figured out your summer plans—intentions, perhaps a better word. A little sad that you’ve decided against going back to Interlochen or a long hiking trip, both of which seem like the kind of pure and joyful options that might be hard to come by as you move forward in life, but what you want to do—politics, internship—makes sense in a lot of practical ways and it’s a great opportunity to figure out whether or how you fit into that world. 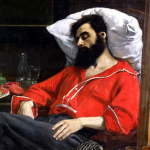 “Can it be that I have not lived as one ought?” suddenly came into his head. “But how not so, when I’ve done everything as it should be done?’”

And with that thought floating in the either, here comes the commencement speech in one ear out the other abstractions (see concreteness above; at least I think it’s there; let me know if you can’t find it): beware should, live as you ought, prepare for eternal recurrence, and don’t be a young fish who doesn’t know what the hell water is. 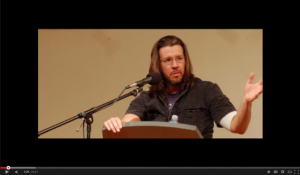 Happy Halloween (and HBD to me)!